"My mission, through my work as a sculptor, is to be a spiritual vehicle to manifest and to exalt our internal desires. To recognize my natural divine spirtituality and that my work be a symbol of this quest for freedom and love.

To give into this gift that I was given, with generosity and constant work. To remind myself that I am hoping to exalt and display emotions and feelings through my sculptures.

To light a light, through my work, every single day as a symbol of my connection to my God"

Urbieta was born in Guadalajara, Mexico in 1961. He studied  Agricultural Business Administration at the ITESO University.

He showed his first artistics inclinations at the age of 16 years.

During 1986 he spent two years living in a rural community in the Tarahumara Sierra, where he worked as a sponsor of a carpentry shop for the local indigenous people.

In 1990 he traveled to Barcelona, Spain where he stayed for two years studying at the ATENEU DE CERDANYOLA and exhibiting his pieces at some local art galleries.

Once he returned to Mexico, he continued his  art studies at the Cabañas Cultural Institute in his native Guadalajara. He took several painting courses taught by Emilio Galindo, Emilio Abugarade, Jose Barbosa, Gustavo Bustos, Irma Serna and the renowned Davis Birks and Jose Fors.

In October of 1991, he won "honorific mention" with his sculpture " Despertar" at the Salon de Octubre in Guadalajara.

He taught anatomical drawing and sculpture at the University TEC of Monterrey in Guadalajara for three years as well as art classes during 8 years at different institutions in that same city.

In 1999, Urbieta designed the first sculptural fountains, which through IGNEA de Mexico were sold worldwide.

During 2003, he exhibited his first collection titled "LIBRE" (FREEDOM) of high relief reproductions and bronze and resine sculptures of figures in Mexico and in Miami.

In 2006 he started  working on sculptures for public spaces and his career veered course with his series of sculptures titled CONTEMPORANEA; creating a coleccion of abstract and minimalistic pieces of great sensibility and color titled "EL SUEÑO DE CREAR" (THE DREAM OF CREATING).

Until 1990 his work had been showed in more than 140 exhibitions throughout the world, including Mexico, USA, Canada, Spain and Italy.

Starting in 2013, Urbieta started working on his collection titled "FIGURA Y CONSCIENCIA DEL NUEVO SIGLO" (FIGURE AND CONSCIOUSNESS OF THE NEW CENTURY) which consisted of modernistic figurative sculptures. He also finished his collection titled "DESPERTAR" (AWAKEN); a combination of abstract and figurative pieces that depict the journey of the human being in a journey to awaken its awareness.

It is in 2014 that he starts to work on a new collection, inspired by the publics opinion of different social status, regarding their yearnings, needs and fundamental values as Mexicans and as human beings. This body of work is titled "MANOS ABIERTAS" (OPEN HANDS). The first six pieces of this collection was showcased in October of 2017 and the artists plans to keep working on it indefinetely.

In 2015, Urbieta was invited by Star Craft France to work on the trophy for the winners of the legendary international tournament IRON SQUID 2: Destination Réve. 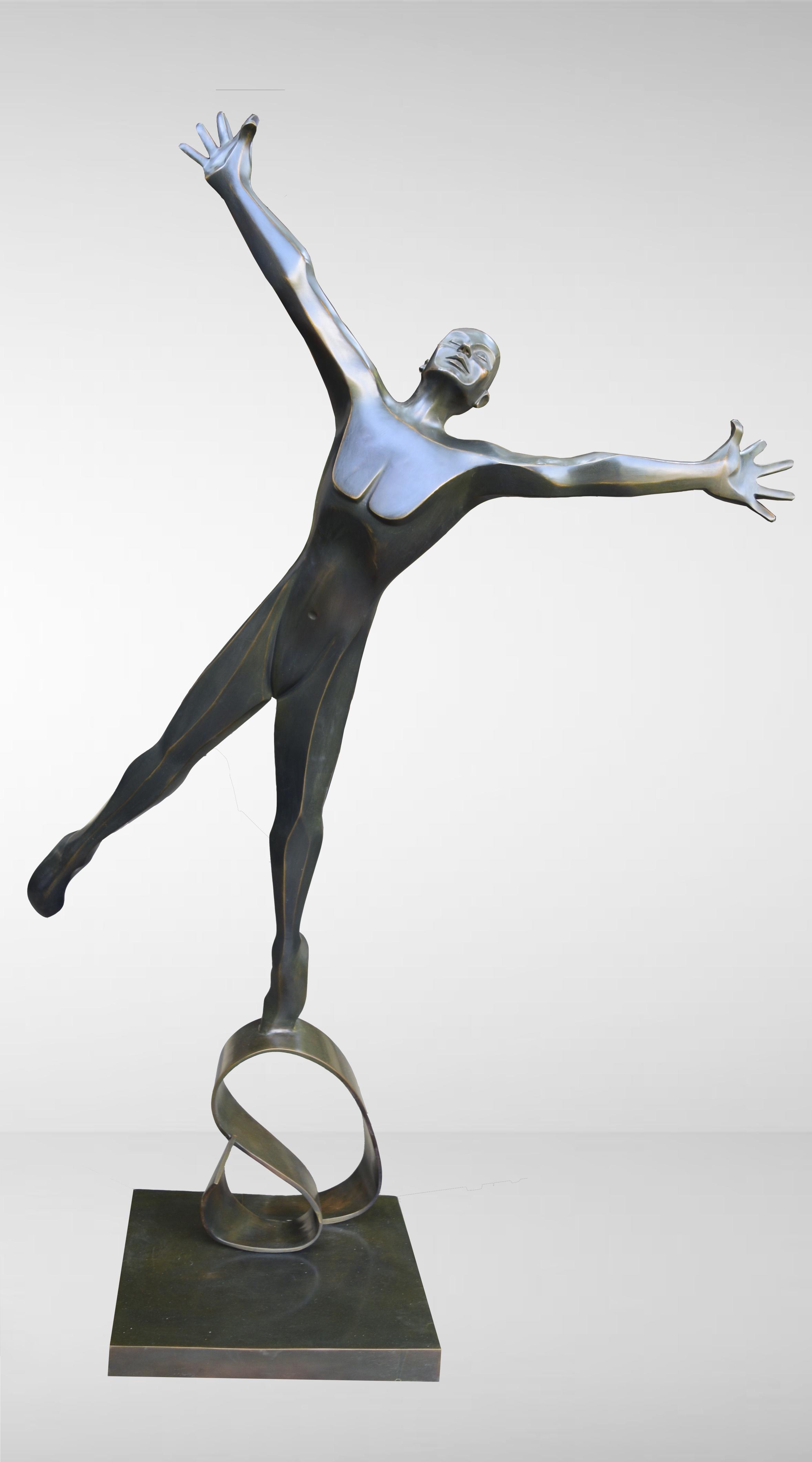 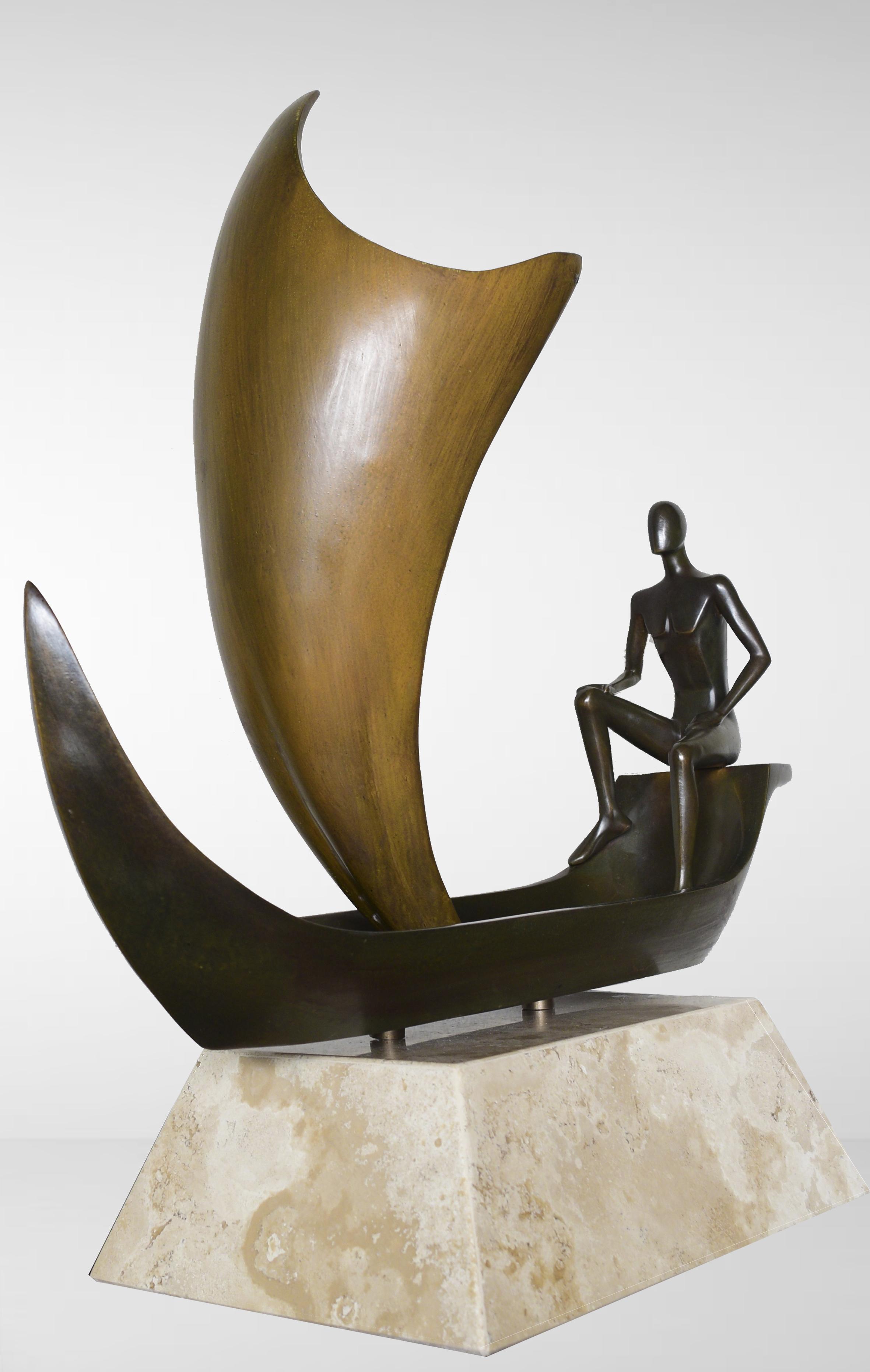 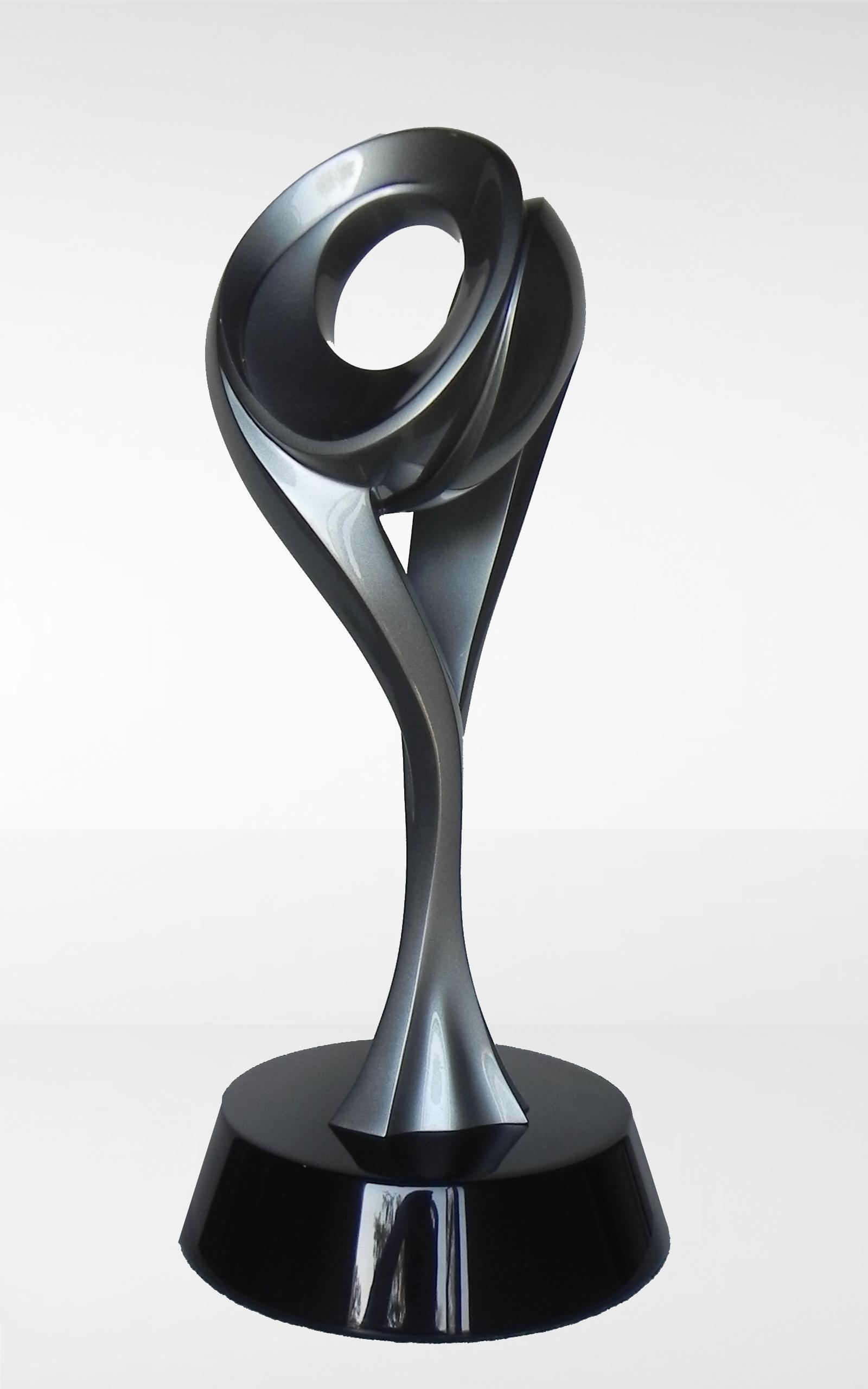 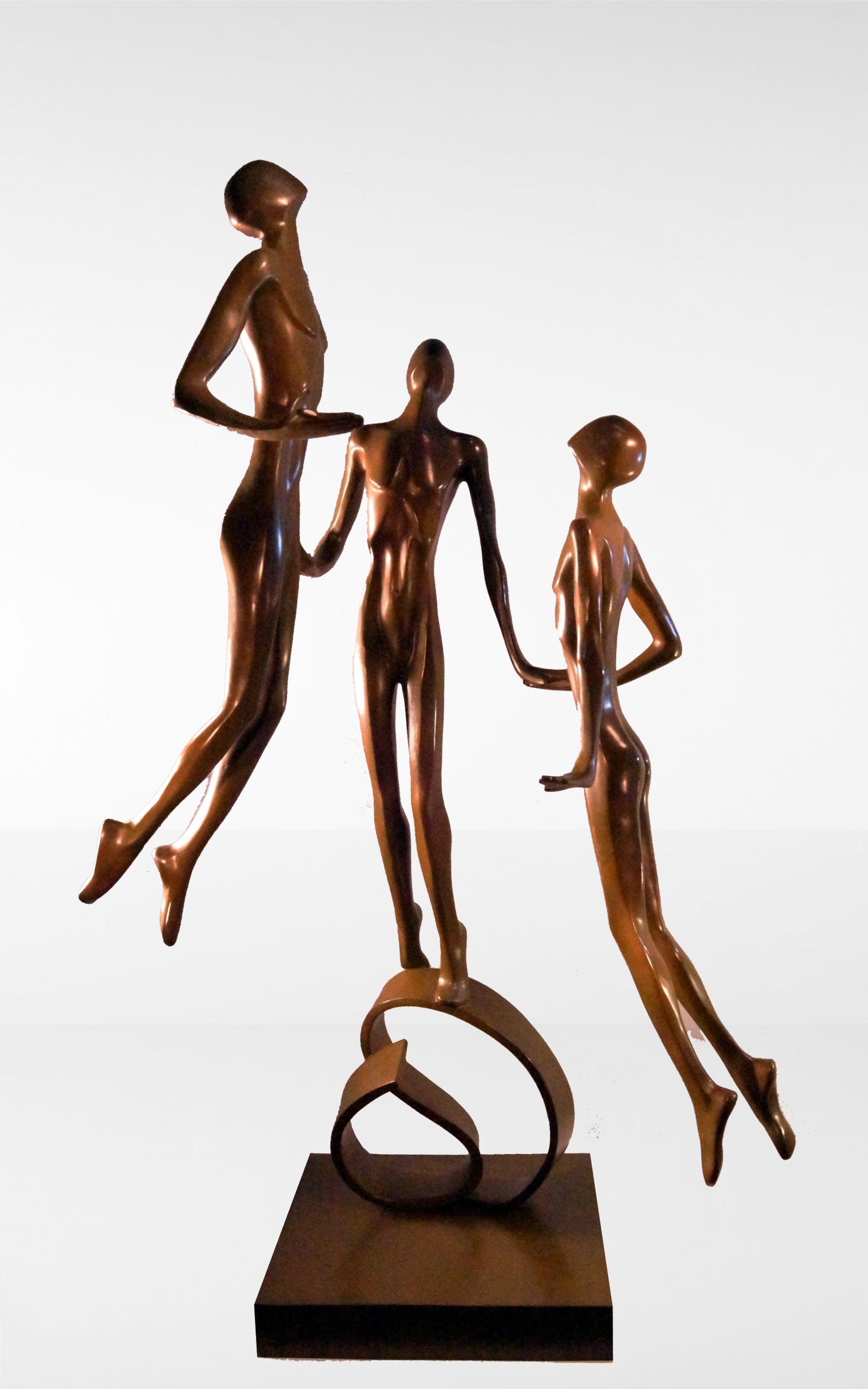 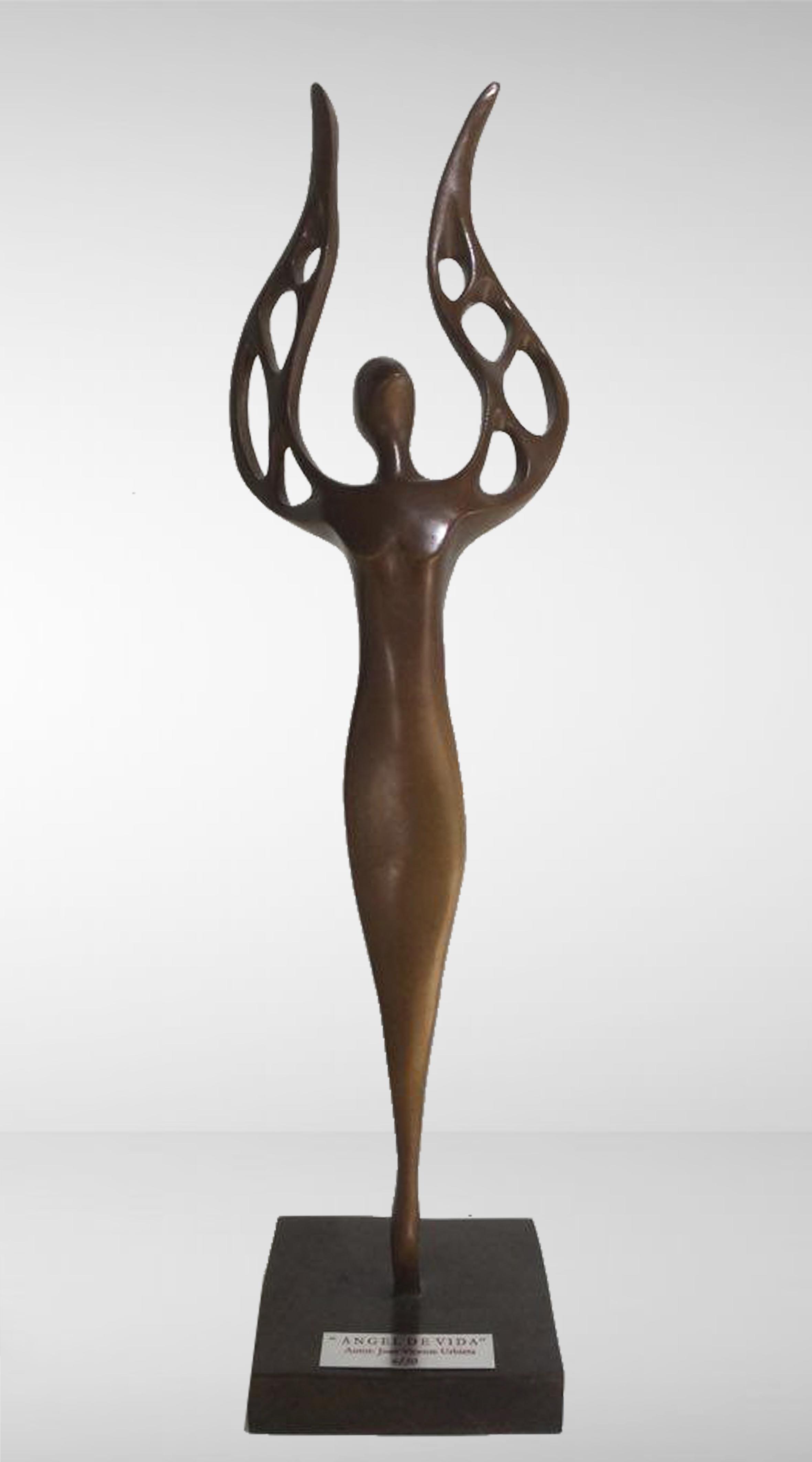